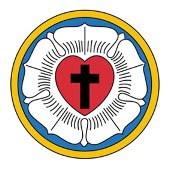 There is a fascinating article in the most recent edition of Concordia Theological Quarterly 71.1 (Jan. 2007): 3-28. Cameron MacKenzie analyses Luther's "two kingdoms" theology and discovers that it's not exactly like what is being taught today.

I don't want to repeat all of his arguments. You can read it for yourself. But I will quote a few of MacKenzie's juicy conclusions:

For Luther, "mixing" the kingdoms did not occur when rulers promoted and protected preachers of the gospel nor when preachers rebuked temporal rulers for transgressing the legitimate bounds of their authority. As far as Luther was concerned, "two kingdoms" theology was no reason for silence in the face of wickedness in high places (p. 25).

Here's another fascinating assertion based on Luther's letter to Duke Henry (1539):

Clearly, Luther still did not see a ruler's promoting true religion in his territory as a violation of the "two kingdoms" theology that he had described in his sermon the year before (p. 26)

Commenting on the fact that although the "two kingdoms" theology of the first version (1530) of the Augsburg Confession (in Articles 16 and 28) was not altered by Melanchthon in 1540, he nevertheless did add to Article 26 statements about the responsibility of rulers toward the church, MacKenzie says:

Clearly, such a statement constitutes just one more piece of evidence that, throughout the Reformation period, no one understood the two kingdoms theology as requiring a Christian ruler to refrain from establishing Christianity in his state. Indeed, quite the opposite, temporal rulers were supposed to support and maintain the Church.

Well, it's not so clear these days. It seems that everyone understands "two kingdom" theology to forbid just such establishments. MacKenzie's final paragraph:

Obviously, then, the first Lutherans drew the line between the two kingdoms in a far different way from what we know today as the separation of church and state in the United States. For Luther, temporal rulers who promoted true religion even to the point of punishing heretics were not mixing the kingdoms but those who took measures that inhibited the gospel were. In our times, therefore, we cannot really use this instance of historical theology very effectively as a model for structuring our relationships between church and state. Luther and the Confessions help us to identify the essential functions of each but do not permit us to draw conclusions that we must rigorously separate them. While clergy must preach the gospel and administer the sacraments, they may also exercise temporal power by human arrangement. While rulers must use their power to punish evildoers and to protect the lives and property of their people, as Christians they should also use their authority to establish and care for the church in their lands. If then we wish to use the two kingdoms theology as the first Lutherans conceived it, we must do so very modestly. We can be clear about what both Church and state must do. Depending upon circumstances and institutional arrangements, however, each may do a great deal more" (pp. 27-28).

Yeah. It's called Christendom. Let's restore it.
Posted by Jeff Meyers at 9:05 AM

I'll be interested to read the article. I agree that Lutherans have tended to ignore the many passages in the confessions in which civil government commendably involves itself with the church.

But the issue is article 26 in the Augsburg:

�Temporal authority is concerned with matters altogether different from the Gospel. Temporal power does not protect the soul, but with the sword and physical penalties it protects body and goods from the power of others.� (art. xxviii.10-11).

It's hard to see much room for "establishing and caring for the church in their lands" in this affirmation.

If you don't mind me posting links, I briefly considered the confessional tension here, and wondered about ways to resolve the tension here.

I'll be really happy if MacKenzie's analysis dissolves the tension.

Jim: I don't think MacKenzie would disagree with the tension/paradox you call attention to in the AC. His article really doesn't dissolve the tension; rather, it highlights one pole of the tension that has not received honest analysis recently, especially in certain Lutheran and Reformed circles.

So in other words the doctrine of the two kingdoms itself has a left and a right arm? :-)

Both were Augustinian, predestinarians, and had high views of the sacraments. And they both believed in Christian rulers as opposed to pluralism!