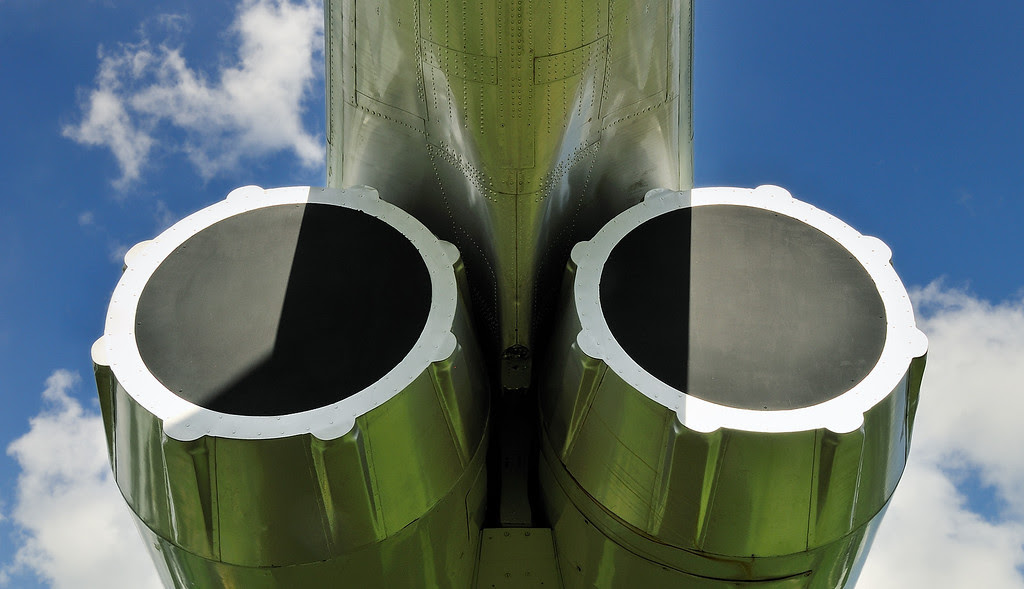 What is it? Great photo though of what Im not sure?

It's the back end of an old Air Force jet. I took this at the Armament Museum at Eglin Air Force Base. Can't remember what kind of aircraft it was.

Bobber: I think you may be right. Thanks!

It's kind of an interesting plane. The Wikipedia entry mentions it's role in the Cuban Missile crisis. I had a friend when I was younger who's dad had a model of this plane. He worked for Mac. It kind of has features that are similar to the F4 Phantom. And all of Mac's planes up until the F15 had demonic names. The Bat, Banshee, Goblin, Voodoo, and Phantom. That's kind of cool too.

Here's a link to a video:
http://www.youtube.com/watch?v=5RKUOho0gRg&feature=related