Only men are called to be Pastors. Pastors are called to lead the worship service. Women should have no liturgical leadership role in Christian worship. They should not be up front telling the congregation what to sing or read or what to do next. The pastor is called to represent Christ to his gathered bride, the church. Period.

The fact that Jesus wants his bride to be led by Pastors that he ordains means Jesus wants his congregations to be led and instructed by a male voice. I am using the word "voice" both in its narrow and broader senses.

Men’s voices are generally an octave lower than women’s. A musician can tell you that lower notes are more foundational and higher notes are more decorative. The harmonic or “totality” movement in homophonic and polyphonic music is directed from the bass line, while the glory and decorative aspects of the music, including the melody, are in higher notes. Men’s voices (low notes) control the direction of the music, but women’s voices (high notes) glorify it.

I'm not so concerned to get into the details of this right now. I just want to note that listening to the voice of a woman lead a service is a different experience than hearing a man do the same. 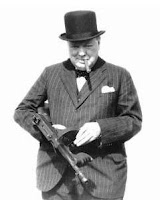 The piece of free liturgical advice for this week, however, has to do with the way a man speaks when he's leading the service and what he says. Since the early 19th-century in America the pastorate has been feminized. Men who speak one way with their friends at a bar or at the hunting lodge suddenly start talking differently when they get behind the lectern or pulpit. You know what I mean. Sappy. Sentimental. Syrupy. It's like the difference between Ansel Adams and Thomas Kincade.

I don't even know if I can exhaustively describe the kinds of things I'm talking about. You just know it when you hear it. Preachers using silly, sentimental "illustrations" that the ladies love. Too many flowery adjectives like "glorious" and "heavenly" and "wonderful." In fact, normally this kind of feminized speech is heavy laden with descriptive adjectives. Active verbs get buried in the rubbish heap of affectations and emotive gushing. The pastor feels and says that he has to speak "to the heart." He lowers the volume of his voice to sound "spiritual" and "comforting."

Okay, I know. Obviously there are times and occasions for lowering the volume of one's voice, etc. But not while leading the service and not all through the sermon. I was at a service where the Pastor had this tone of voice that reminded me of a female kindergarten teacher. He tilted his head and affected a sing-song quality in his voice, "Now children, we are about to confess our sins, so everyone pay attention." It's not so much what he said, but the whiny tonality of his voice.

To affect a pseudo-spiritual, effeminate demeanor as liturgical officiant is to give in to the feminization of the clergy. To speak with a religious lilt and sprinkle all your ritual directions with sentimental affectations will undermine the foundational liturgical distinction between Christ, the Husband, and his Bride, the Church. Oh, and it's annoying, too.

If you want to read more about the feminization of the church and the clergy, check out these titles:

Leon Podles, The Church Impotent: The Feminization of Christianity

David Murrow, Why Men Hate Going to Church
Posted by Jeff Meyers at 8:50 AM

Email ThisBlogThis!Share to TwitterShare to FacebookShare to Pinterest
Labels: Liturgy

No, we don't. We ladies cringe when the story is told about the little child who climbed into the offering basket to offer himself. I do, anyway.

You didn't mention the word that COMPLETELY gives me the creeps: "precious," as in, "She was a precious, precious Christian." Blech!

My congregation is lucky if they get any illustrations that aren't from Harry Potter. (And the obligatory, weekly "Calvin says" quote doesn't count as an illustration.)

BTW, that photo just below this post is just, just, precious. Is that Chris Smith?

No, that's Joshua Anderson. I was so EXCITED about that picture I just had to SHARE it.

I'm halfway between Angie and the "certain type of ladies." Sentimentalism gets to me (I cry at Hallmark commercials, feropetesake), but I resent the manipulation.

Jeff, thank you for your insights. Please continue to FIGHT for the Gospel, we need your drive may we pray for more leaders to fight against such lame drivel and hold up the word of God as truth. Not only are your words true but many in our churches don't have the guts to tell people, not just women, what God's word truly says.