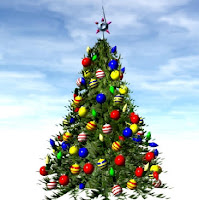 Every year I repost these essays because every year I keep hearing the same old tired anti-Christmas rhetoric from a vocal minority of well-meaning Christians.  I really don't want to return to this issue each year and rework everything. So here it is again. I hope it helps.

Christmas Time is Here Again - An introduction to the issues.

The Reformation and The Celebration of Christmas - Have Protestant churches regularly observed Advent and Christmas?

What did John Calvin Think about Christmas?

Isn't Christmas Really A Roman Catholic Holiday? - Why should Protestants observe it?

What about all of the pagan symbolism and ceremony associated with Christmas?

Surely you have to admit that the Christmas tree was originally a pagan symbol.

What about the whole "Church Year" thing? - How can we follow a calendar that's not biblical?

But when the Church celebrates Christmas it's an imposition on my conscience. - Why should I be forced to observe Christmas?

Wait! Observing "days and years" is all Old Testament Religion! - We've been freed from all those festivals and observances, right?

Is there any warrant from the Bible for commemorative annual festivals?

But what difference does it really make? - Does the church need to have a church year calendar of annual feasts?

I can't shake the feeling that all of this is too pagan – Isn't all of this symbolic stuff (trees, seasons, etc.) just nature worship?
Posted by Jeff Meyers at 8:30 AM